Wouldn’t it be nice to have a real news media again?

Pete Quinones of Freeman Beyond the Wall talks to James Corbett about the Great Reset, the Fourth Industrial Revolution, and the coming biosecurity state.

Freeman Beyond The Wall

WORLD ECONOMIC FORUM: 8 PREDICTIONS FOR THE WORLD IN 2030 (video)

The Fourth Industrial Revolution: what it means, how to respond

How & Why Big Oil Conquered the World

What Is Sustainable Development?

Has an ‘Anti-Science’ Sentiment Overtaken the United States?

How Did This Get Made: The Jane Club with Shawnta Valdes and Neelamjit Dhaliwal

Only days into his diagnosis, the first thing President Trump does when he gets back to the White House is take his mask off. pic.twitter.com/kyqvHcSbIl

CNN reporters like Kaitlin Collins obsess over masks when the cameras are on, but when they think they’re off, off comes their masks!pic.twitter.com/IpPSvgDqhc

The President returns to the White House, takes his mask off, salutes Marine One as it departs, and then walks into the White House without a mask. He is pretending he is over COVID-19 while continuing to ignore all CDC guidelines. Such arrogance and ignorance is breathtaking. https://t.co/AqfZw4k9N9

The problem is the media and has been for decades.   Stop listening to proven systemic institutional genocidal liars who would just as soon see you begging in the streets as long as they keep getting paid to deceive you.

Craig Murray, the former British ambassador to Uzbekistan and longtime confidant of Julian Assange, has been fastidiously reporting on the Australian publisher’s extradition hearing to the United States. Yet few people have been reading it. This, according to Murray, is because of a deliberate decision by online media giants to downplay or suppress discussion of the case. On his blog, Murray wrote that he usually receives around 50 percent of his readers from Twitter and 40 percent from Facebook links, but that has dropped to 3 percent and 9 percent, respectively during the hearing. While the February hearings sent around 200,000 readers to his site daily, now that figure is only 3,000.

To be plain that is very much less than my normal daily traffic from them just in ordinary times. It is the insidious nature of this censorship that is especially sinister – people believe they have successfully shared my articles on Twitter and Facebook, while those corporations hide from them that in fact it went into nobody’s timeline,” he added.

Anybody who is at all radical or takes any view of anything that is outwith the official establishment view gets used to occasional shadow banning, but I have never seen anything on this scale before.”

“90% of my traffic has just been cut off by what seems to be a general algorithm command of some kind to downplay Assange,” he added. “I think it is as simple as that.”

There has been considerable public interest in the court proceedings, but very little mainstream attention given to them. To be fair, British authorities have made it inordinately difficult to cover the case, allowing only a small handful of journalists into the Old Bailey court system, where they can watch a live television link up but cannot bring in recording devices. An online stream can only be watched if one registers and signs in between exactly 9:30 and 9:40 a.m., and if they suffer even a momentary lapse in wifi connection, they are shut out of the session. The court system has also blocked human rights groups, including Amnesty International, from monitoring proceedings.

Still, considering the implications for the future of journalism, the lack of coverage might surprise some. The New York Times, the flagship outlet of American print media (and a Wikileaks partner) printed only two articles on the subject and has not mentioned Assange in over two weeks. Its broadcast journalism equivalent CNN, meanwhile, has not touched the issue at all. …

Millions of people around the World are victims of the fear campaign. Panic prevails. Day after day, the persistent impact of media disinformation concerning  the Killer Virus is overwhelming.

Fear and panic, coupled with outright lies prevent people from understanding the logic of these far-reaching economic and social policies.

An international network of lawyers is intent upon launching a class action Lawsuit. Dr. Reiner Fuellmich, a prominent lawyer presents the details of this project. (video below)

After nine months of research and analysis, we can confirm that the data and concepts have been manipulated with a view to sustaining the fear campaign. The estimates based on the RT-PCR test are meaningless: The RT-PCR test does not identify/detect the Covid-19 virus. What it detects are fragments of several viruses.

Confirmed by prominent scientists as well as by official public health bodies Covid-19 is not a dangerous virus.

Amply documented, the COVID-19 Pandemic has been used as a pretext to trigger a Worldwide process of economic, social and political restructuring which has resulted in mass poverty and Worldwide unemployment. It is destroying people’s lives.

Representative Devin Nunes declared Sunday that US Intelligence agencies should be forced to release so called ‘smoking gun’ documents that are said to contain details of Russian intelligence referring to an authorization given by Hillary Clinton to link President Trump to efforts by the Kremlin to interfere in the 2016 election.

In a Fox News interview, Nunes, the top Republican on the House Intelligence Committee, said “Every Republican senator and member of Congress should be saying… we want every damn bit of evidence that every intelligence agency has or it’s maybe time to shut those agencies down.”

A memo released last week via the Senate Judiciary Committee, penned by director of national intelligence John Ratcliffe claims that US intelligence made an investigative referral to the FBI regarding the information in September 2016.

In the memo, Ratcliffe notes that the referral mentioned “approval of a plan concerning U.S. Presidential candidate Donald Trump and Russian hackers hampering U.S. elections as a means of distracting the public from her [Hillary’s] use of a private mail server.”

“There’s plenty of circumstantial evidence to know this Maria, that the Clinton campaign had created all of this, because they knew that 33,000 emails were out there somewhere,” Nunes said.

“So they hired a former British spy named [Christopher] Steele who did the ‘Steele Dossier,’” Nunes continued, adding “Then they hired this suspected Russian spy so they could give it a veneer of being a Russian. So imagine that.”

Because the information has remained classified, those who have seen it cannot discuss it.

Nunes urged that what he has seen are “definitely smoking guns” and that the information “definitely needs to be made available to the American public.”

“There’s even more underlying evidence that backs up what Director Ratcliffe put out,” Nunes asserted.

Everyone on all sides of the imposed synthetic divides in this country should demand unconditional dismantlement of the aristocratic intelligence agencies, which have long functioned as nothing more than hotbeds of national betrayal and manufactured misery for profit.   Why isn’t antifa demanding this?   What about BLM?   Do they know what fascism and racism look like at the top?   They look like these intelligence agencies.

Why is the DNC Running So Many CIA Agents in the 2018 Midterms? 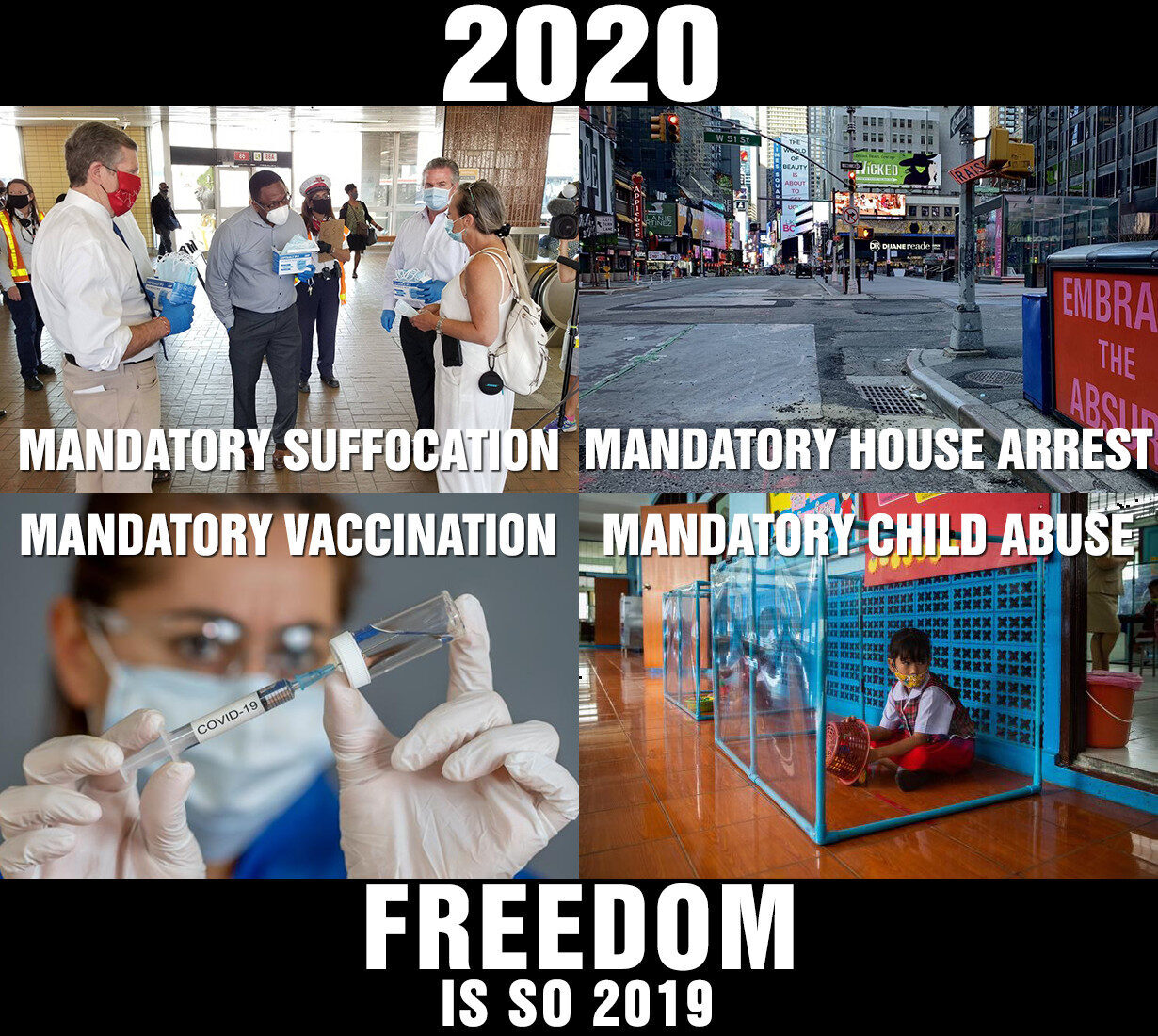 The Truth About Vaccines series is the biggest online event of 2020 that every single parent, expectant parent, doctor, nurse, medical researcher, media representative, elected official, school administrator and concerned citizen will not only want to watch and engage with, but also own. Register right now to watch The Truth About Vaccines because the TRUTH about the most important topic of our time must be understood by all of us.”   —Larry Cook, Founder, StopMandatoryVaccination.com