NEW YORK, UNITED STATES: New York Stock Exchange Chairman Richard Grasso (R) holds up a tray of Krispy Kreme doughnuts while being fed one by Rev. Jesse Jackson (L) during a promotional event on Wall Street to celebrate the transfer of Krispy Kreme Doughnuts Inc. from NASDAQ to the NYSE 17 May, 2001. Rev. Jackson was on his way to a Rainbow/Push Coalition meeting of ministers on Wall Street when he happened on the event by coincident. AFP PHOTO/Henny Ray ABRAMS (Photo credit should read HENNY RAY ABRAMS/AFP/Getty Images) 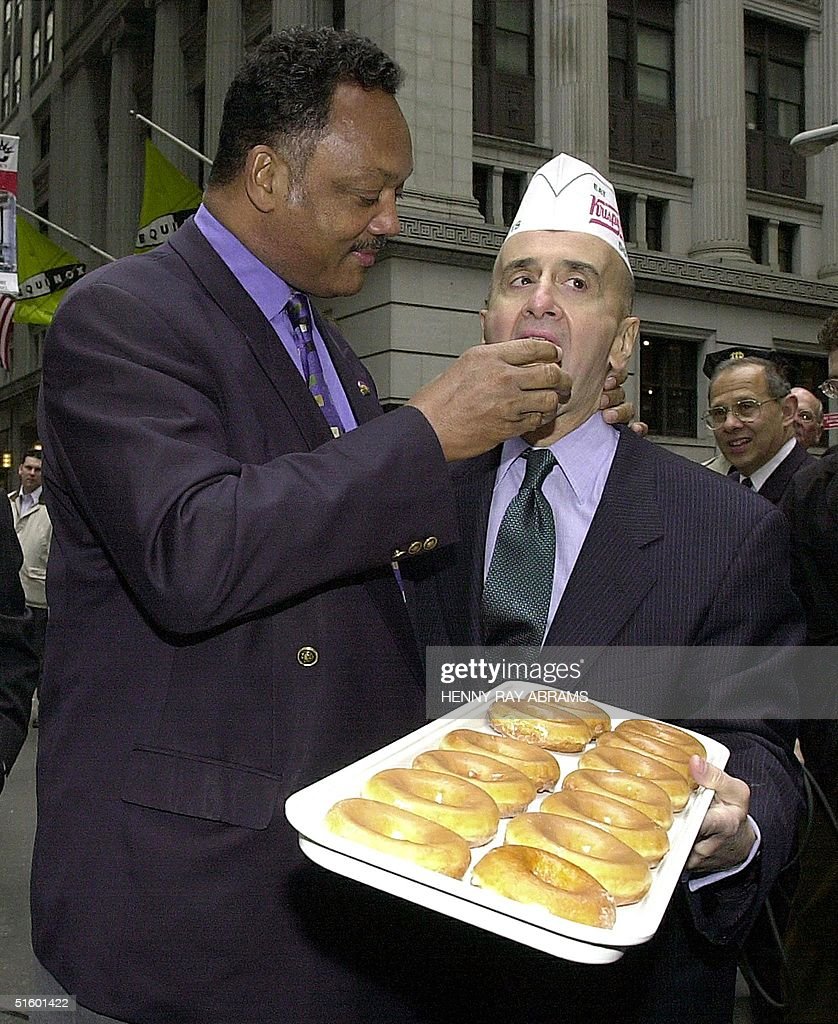 He kinda looks like a reluctant customer to me.   See Jesse’s hand behind his neck?    I guess being a gofer for the super wealthy has its drawbacks.

Man is the only animal that deals in that atrocity of atrocities, War. He is the only one that gathers his brethren about him and goes forth in cold blood and calm pulse to exterminate his kind. He is the only animal that for sordid wages will march out…and help to slaughter strangers of his own species who have done him no harm and with whom he has no quarrel. ..And in the intervals between campaigns he washes the blood off his hands and works for “the universal brotherhood of man”–with his mouth.