“…Water Treatment Plant Foreman died suddenly at age 43 and a woman leading the lawsuit against Flint was murdered in her home.”

The Flint Water Treatment Plant Foreman (an important part of the investigation) and a woman leading the Flint lead poisoning lawsuit were both found dead in less than a week.

This entire article is full of inspiration…

We currently live in a mad world that is based on fear, greed and scarcity. It is considered completely normal for people to spend the majority of their waking lives toiling in jobs they hate. Economic inequality has reached a point of staggering absurdity where many people slaving away in full-time jobs can barely even meet the basic survival needs of their families, while others lounge around on $200 million yachts and have ridiculously decadent luxury homes around the world…

The amount of human energy and resources that go into designing, making, promoting, and distributing cheap, useless products in this consumerist society is phenomenal. Then to add to the madness, these shoddy, chemically altered, often disposable items are quickly discarded as waste, increasing the huge amount of toxic pollution generated by this lifestyle. Then there are the ongoing unnecessary wars that have shameful costs at both a human and economic level…

Why do we collectively continue to support, maintain and even fight for a system that the majority of us are unhappy with? A significant part of the answer, I suspect, lies in the fact that though there is only a tiny faction of society that really benefits from the existing system, this minority have become masters of public deception and manipulation. By funding universities, political parties, critical think-tanks, interest groups, and by controlling Hollywood and the mainstream media, the global ‘elite’ (with their shared common interests) are able to influence and mobilise group-think in order to ensure that popular beliefs and assumptions are aligned with their aims. Their rhetoric permeates our reality like a hypnotic spell that has taken root deep in the collective psyche…

The lead pollution crisis of the Washington, D.C. water supply – and the culprit that caused it, the water disinfection chemical chloramine – is a powerful example of how things can go terribly wrong when water quality problems are considered and tackled in isolation.

Total media blackout on the biggest cancer story of the decade: Millions of diagnoses were wrong… NCI finally comes clean

Talk about cognitive dissonance. Contradiction. “We at the EPA know fluorides are wonderful and safe and beautiful. Of course, our own scientists disagree. Strongly. But don’t worry, we’re ignoring them. And we’re keeping their statements out of the press. Our position on fluorides is administrative. It has nothing to do with science. Anyway, we support cancer and plummeting IQ. They’re wonderful.”

Case in point, going back 17 years. Buckle up. Here is what the EPA Union of scientists had to say about fluoridation:

“…our opposition to drinking water fluoridation has grown, based on the scientific literature documenting the increasingly out-of-control exposures to fluoride, the lack of benefit to dental health from ingestion of fluoride and the hazards to human health from such ingestion. These hazards include acute toxic hazard, such as to people with impaired kidney function, as well as chronic toxic hazards of gene mutations, cancer, reproductive effects, neurotoxicity, bone pathology and dental fluorosis.”

“In support of this concern are results from two epidemiology studies from China that show decreases in I.Q. in children who get more fluoride than the control groups of children in each study. These decreases are about 5 to 10 I.Q. points in children aged 8 to 13 years.”

“Another troubling brain effect has recently surfaced: fluoride’s interference with the function of the brain’s pineal gland. The pineal gland produces melatonin which, among other roles, mediates the body’s internal clock, doing such things as governing the onset of puberty. Jennifer Luke has shown that fluoride accumulates in the pineal gland and inhibits its production of melatonin. She showed in test animals that this inhibition causes an earlier onset of sexual maturity, an effect reported in humans as well in 1956…”

“EPA fired the Office of Drinking Water’s chief toxicologist, Dr. William Marcus, who also was our local union’s treasurer at the time, for refusing to remain silent on the cancer risk issue. The judge who heard the lawsuit he [Marcus] brought against EPA over the firing made that finding—that EPA fired him over his fluoride work and not for the phony reason put forward by EPA management at his dismissal. Dr. Marcus won his lawsuit and is again at work at EPA.”

“…data showing increases in osteosarcomas in young men in New Jersey, Washington and Iowa based on their drinking fluoridated water. It was his [Dr. Marcus’] analysis, repeated statements about all these and other incriminating cancer data, and his requests for an independent, unbiased evaluation of them that got Dr. Marcus fired.”

“Regarding the effectiveness of fluoride in reducing dental cavities, there has not been any double-blind study of fluoride’s effectiveness as a caries preventative. There have been many, many small scale, selective publications on this issue that proponents cite to justify fluoridation, but the largest and most comprehensive study, one done by dentists trained by the National Institute of Dental Research, on over 39,000 school children aged 5-17 years, shows no significant differences (in terms of decayed, missing and filled teeth) among caries [cavities] incidences in fluoridated, non-fluoridated and partially fluoridated communities. The latest publication on the fifty-year fluoridation experiment in two New York cities, Newburgh and Kingston, shows the same thing. The only significant difference in dental health between the two communities as a whole is that fluoridated Newburgh, N.Y. shows about twice the incidence of dental fluorosis (the first, visible sign of fluoride chronic toxicity) as seen in non-fluoridated Kingston.” …

According to Deutsche Wirtschafts Nachrichten (German Economic News), on April 23rd, U.S. President Barack Obama is “demanding the active deployment of the Bundeswehr [Germany’s armed forces, including their Army, Navy, and Air Force] to NATO’s eastern borders” at Poland and the Baltic republics, to join the quadrupling of America’s forces there, on and near those borders of Russia.…

Furthermore, DWN reports that on April 25th, the U.S. President will hold a “summit meeting” in Hannover Germany with the leaders of Germany (Angela Merkel), Italy (Matteo Renzi), France (Francois Hollande), and Britain (David Cameron). The presumed objective of this meeting is to establish in NATO’s countries bordering on Russia, a military force of all five countries that are headed by these leaders, a force threatening Russia with an invasion, if NATO subsequently decides that the ‘threat from Russia’ be ‘responded to’ militarily….

From the manufactured reality department:

Here we are, on the third Boston Marathon since the one we will never forget. Two powerful bombs ripped through the assembled crowd, killing Krystle Campbell, Lu Lingzi and Martin Richard, and wounding many others. Later, a policeman was shot to death.  We were told he was shot by one of two brothers accused of the bombing, Tamerlan and Dzhokhar Tsarnaev.

The images are seared into our memories. So, too, is the extraordinary government response: an American city totally locked down while armored vehicles, helicopters, and police in full combat gear patrolled the streets of greater Boston.

Four days after the bombing, the Tsarnaevs were cornered and there was a gun battle. In the end, one young man was dead, and his younger brother badly injured.

We were told that law enforcement had identified the perpetrators, who had acted entirely on their own. The surviving brother was eventually put on trial, convicted, and sentenced to death.

At the trial, his government-appointed counsel stated that he was guilty, and he himself admitted his guilt, and said that he was sorry. But that is all he said. To this day he has never explained how he and his brother ever became terrorists.

He couldn’t tell us if he wanted to. Since his arrest he’s been held under unusual Special Administrative Measures (SAMs), which prevent him from communicating with the outside world. Strikingly, SAMs have also been imposed on his attorneys. The government maintains that SAMs are necessary to prevent prisoners from inciting others to commit acts of terrorism.

But what others? The FBI insists the two brothers were lone wolves, unconnected to any larger network.

Family members say they were told to keep their mouths shut. And they were warned not to challenge the credibility of the investigation or the prosecution.

Dzhokhar Tsarnaev’s silence suggests that he, too, was told that worse would come if he were to explain what actually happened, and why. That is, if he even knows.

His uncle seemed to think he knew: he fingered the brothers as likely to be the bombers. And what is even more weird, this uncle had married into a prominent CIA family, and they were surrounded by odd characters connected in various ways to America’s national security leviathan. …

In the days after the bombing, WhoWhatWhy risked ridicule, marginalization, and worse, to honor the best instincts of journalism. Virtually alone among American news organizations — indeed, news media the world over, which just promoted the problem-riddled official version of events — we kept our heads down, ignored the brickbats and, with few people and limited resources, pressed onward.

The result was the more than 70 stories we published on our site. We hope, if you are not familiar with them, you will take the time to educate yourself about this mass-murder mystery that touches on so many of the central issues of our day.

It is profoundly important that we keep the spotlight on events like these, where so much of the official narrative does not add up….

As the only Internet news provider to send stories back in time from twenty-eight years in your future, we have a unique journalistic responsibility. Here, in the year 2044, leaders in government and industry are counting on the NWO Reporter to elevate civil obedience and thoughtless consumption to unprecedented highs… 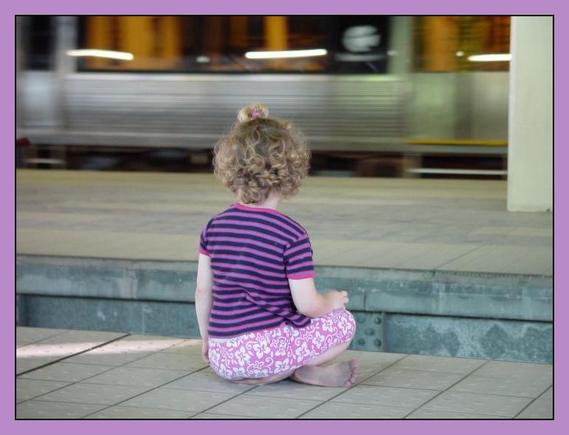 Read this story from the future here: A Heartwarming Vaccine Success Story