In a scene more reminiscent of a war-zone than an American city, Berkeley, California police conducted what looked like a full-scale military operation in a residential neighborhood in response to a one person robbery of a local laundromat.

Despite the fact that no one was injured in the robbery, police decided to effectively close down an entire neighborhood in an attempt to catch the “silver tooth” robber who they admitted may or may not have been armed. Police advised residents to stay in their homes as they went house to house to search for the suspect….

The following photos, published in a series of tweets, clearly show a massive overkill for one suspect….. 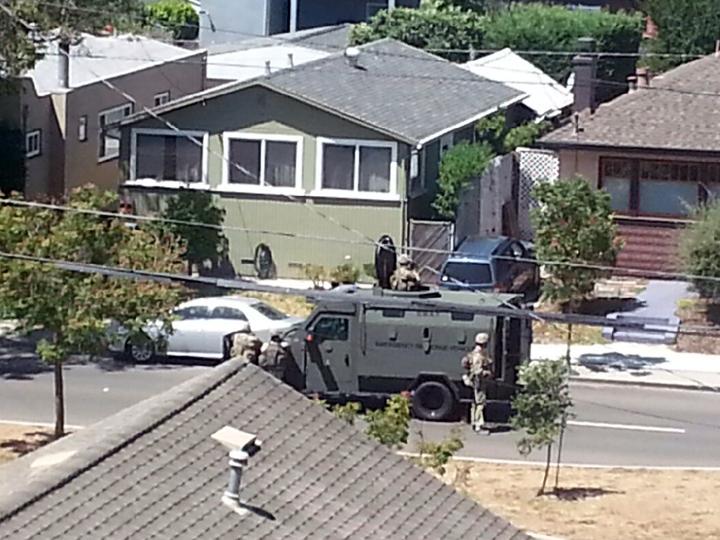 Our enemies are innovative and resourceful, and so are we. They never stop thinking about new ways to harm our country and our people, and neither do we.