Ladies, do you really know what you’re smearing all over your face every day?

In this super rad glam makeup tutorial, I show you how to achieve the best makeup look…

Did you know that back in 1990, the Environmental Protection Agency was all set to release a report that admitted electromagnetic fields (EMFs) are dangerous to our health, including that EMFs have been linked with “the development of various cancers” but stopped short of straight up admitting they are “probable carcinogens”?

Isn’t that nice? Guess the megacorporations who run the government were none too pleased that the truth might come out about the harmful effects of EMFs and what that information might do to bottom lines and what was about grow into a booming business that would essentially take over our entire world in the next thirty years.

Keep in mind this is from 1990, well before every single one of us was bathing in EMFs all day long from wi-fi hotspots, cell phones, computers, iPads, and a thousand other “smart” devices… Well before there were millions of antennas popping up all over the country on school buildings and playgrounds, in church steeples, on our water towers, all along our roadways… 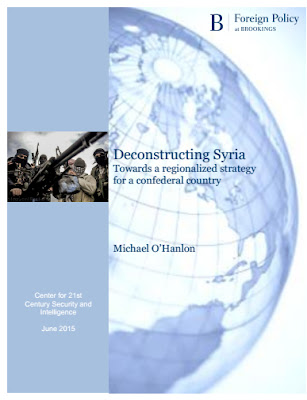 First, we have an insane situation brewing in COMEX silver.  The open interest  finally exceeded 200,000 contracts (1 billion ounces).  I believe the only other time this much open interest existed was back in 1980 or ’81.  This makes no sense whatsoever, the price is again plumbing 4 year lows yet open interest has moved to record highs?  The fact open interest has expanded while price has declined is proof positive the “initiation” of this expanded open interest has been by “shorts” but absorbed by “someone” on the other side of the trade.  Total global production of silver is only 800 million ounces or thereabouts so COMEX shorts have contracted to deliver 25% more silver than will even be produced globally over the next 12 months.  Silver available for COMEX delivery only totals 57 million ounces so they sit on a naked short time bomb of more than 950 million ounces!

If we look at the July silver contract, there are 55,000 contracts still open with only 4 days remaining before first notice day.  This is 275 million ounces still open with only 57 million ounces available to deliver.  This is truly fraudulent sales of metal because the metal does not exist to deliver.  Yes I know, the apologists will say “this always happens and the shorts will decline into first notice day and evaporate throughout the delivery month”.  I agree, this “has” always happened in the past but something is changing now.  In the past, total open interest always dropped going into FND, now it is not.  Not only are all July contracts closed out being rolled into September, the total is rising rather than declining sharply. …

To finish this section, there is NO market anywhere on the planet where the amounts of futures dwarf the physical product so overwhelmingly than in silver.  Why is silver so important?  Why has it been bludgeoned so badly and even priced below the cost of production?  You must understand how small the silver market is.  Total global production is less than $15 billion per year …”but”, silver cannot be left alone because high silver prices do not jibe with low gold prices.  …And gold MUST be kept down and out of the limelight because high gold prices do not fit with low interest rates …which are an absolute must in an effort of reflation.  You see, in no way can interest rates be allowed to rise with the amount of global debt outstanding.  Higher interest rates will crush the debt outstanding, the silver market is at the VERY BEGINNING of the “food chain” that keeps the lid on interest rates.  I believe the Chinese hold this market in their back pocket paid for with “pocket change”, they will use is it at their own discretion!

Another “bad position” is the stance the U.S. is taking with Russia (and the rest of the world for that matter).  We have placed economic and financial sanctions on Russia in an effort to bankrupt them.  It has been speculated the Saudis opened the oil spigots to lower energy and break Russia as was done in the 1980′s.  So far there has been more stress in the U.S. fracking sector than damage done to Russia.  This may have originally been the case, however, Russa and Saudi Arabia just signed six separate deals just last week.  A case can be made, the sanctions meant to hurt Russia have hurt the German, French and other Euro economies just as much.  The IMF has said they will fund Ukraine even after a default …but not Greece, they need some of that “austerity stuff” that no one wants.  Greece has turned back and forth playing nice with Russia in an on again off again type romance.

The scary part is the military buildup of U.S. hardware in Eastern Europe.  Mr. Putin has a “limit” to what he will tolerate just as anyone else.  The danger to the U.S. is not just World War III, it may be the lengths Mr. Putin will go to avoid a war.  I have speculated Russia (Mr. Putin) will drop a “truth bomb” in order to cripple the U.S. financially by breaking confidence in any and all things American.  I believe Russia (via Snowden) has enough evidence of various false flags, fraudulent deals and U.S. scam tradings to “shame” the U.S. into retreat.  When I say “shame”, I am talking about the dollar being undermined by a break of confidence.

We have pushed and shoved our way around for years while “losing friends and not influencing people”.  In trying to isolate Russia, we have succeeded in isolating ourselves as the rest of the world prepares avoiding the dollar.  Just look around, the U.S. has steadily lost allies in meeting after meeting.  We have been in a bad position for at least 15 years, our manufacturing base is gone.  Yet we have pushed our position harder and harder?  You see, we have had to “push” because what was once “earned” and deserved is no longer true, we now must demand our place at the table to sit at it …and mostly unwelcome….