Finally it’s happened! A member of the mainstream press has the intestinal fortitude to publish the carefully ‘kept secret’, secret about vaccines and vaccinations: They cause dramatic life-altering damage and more frequently than “evidence-based medicine” or “consensus science” owns up to or MDs, the medical profession, public health agencies and pro-vaccine acolytes acknowledge.

In the 10 years to April this year the agency received almost 22,000 “spontaneous suspected” adverse drug reaction (ADR) reports in 13 routine immunisation categories including flu, MMR, tetanus, diphtheria and polio, according to a Freedom of Information response released earlier this month. [1]

However, the vaccine ‘ante’ has just been upped on vaccines’ adverse events/damages according to the Freedom of Information (FOI) documentation dated May 14, 2015, according to the chart below.

The vaccine with the most ADR reports was the Human papillomarivus (HPV) for which there are three vaccines: Gardasil®, Cervarix®, and recently licensed Gardasil 9® [2] with 8,228 ADRs. Next in line is the annual Influenza virus vaccine with 2,994 ADRs. The MMR (Measles, mumps and rubella) with 1,594 ADRs is third highest. Fourth highest ADR reporting count is Pneumococcal disease (PCV) with 1,560 ADRs. Diphtheria, tetanus, pertussis, polio and haemophilus influenza type B with 1,309 ADRs is fifth. Sixth highest ADR is for Diphtheria, tetanus, pertussis and polio with 1,190. Seventh is Tetanus, diphtheria and polio with 1,076 ADRs. Those ADRs represent health damage from what’s called “multi-valent” vaccines, meaning more than one disease active is contained in a vaccination or jab, as it’s called in the UK. Six other vaccines had ADRs reporting fewer than one thousand, which should not be regarded as insignificant. END_OF_DOCUMENT_TOKEN_TO_BE_REPLACED

Nneka Campbell didn’t start out hurting and angry – in fact, quite the opposite.

In the beginning, Campbell thanked God that her baby’s surgery would be performed at St. Mary’s by Dr. Michael Black, the newly arrived “superstar” surgeon from Stanford University Medical Center. 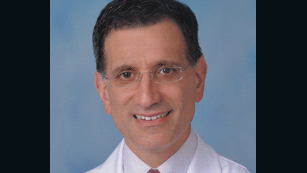 Black impressed Campbell from their very first meeting. He’d been the chief of cardiac surgery at Stanford’s Lucile Packard Children’s Hospital. He said he had invented techniques for operating on tiny hearts. She says he told her he’d never lost a single patient during his time at St. Mary’s.

“I felt like, wow, we’ve got this superstar that’s come here,” Campbell remembers. “He gave you the impression that he was working smarter and better than other doctors in the area, almost like the others were doing something that was a little antiquated.”

So Campbell was shocked when her 8-month-old daughter, Amelia, came out of the operating room blue and needing to be intubated. Then she says Amelia’s head swelled, her kidneys stopped working properly, and an infection developed in her leg. 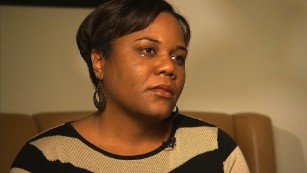 Her parents asked for her to be transferred to Miami Children’s Hospital. By then Amelia was so sick, her mother says, there was very little hope, and she died at Miami Children’s.

Death certificates and interviews with parents show Amelia was the fourth baby to die after having heart surgery at St. Mary’s with Black. She was not, as her mother says she was told, the first.

“There is no room for institutions that are lying to families to get them to offer up their babies as sacrificial lambs,” Campbell says…