All governments have both the means and the motive to create crises which enhance their power and wealth, but no government in history has been presented with such a delectable buffet of public trust, wealth, power and conflicts of interest as the US federal government. 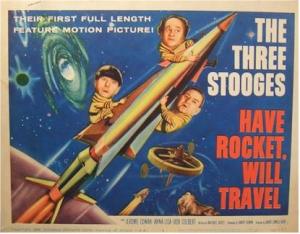 A Trillion Ways To Build a New Military Industrial Complex

Just when did the United States government start referring to the country as the “homeland?”

If you were to answer “after 9/11,” you would be wrong. That’s the surprise. What is not at all surprising is the exponential expansion of what some call the “security-industrial complex” since that day in September thirteen years ago.

What’s happening now—the government’s search for self-justifying excuses to claim broader powers against a menace it says is ubiquitous—is a cycle that’s been repeated since America launched its first “War on Drugs” in the 1930s.

Today’s on-going proliferation of the national security state has created a new profit center for a large number of American companies with deep ties to military and intelligence agencies. And as bureaucracies and profits have grown, personal liberties have suffered their biggest contraction in a century, thanks to the Patriot Act and other legislation designed to increase surveillance in the name of eternal vigilance. And here’s the irony: It all began before 9/11, with the kind of bipartisan commission usually convened to bury a hot-potato issue beneath a slurry of platitudes.

The panel gave its report and recommendations in January 2001. Both Senators Rudman and Hart concluded that it was not a matter of “if” the U.S. would suffer a mass-casualty terrorist strike but “when.”  Among the panel’s recommendations was the massive integration of all of the nation’s domestic security, disaster planning and recovery functions into one behemoth called the Department of Homeland Security (DHS).

After 9/11, President George W. Bush faithfully executed the Hart-Rudman blueprint and President Obama and the Congress have continued to commit hundreds of billions to it. And so it was that the envisioned “peace dividend” cutbacks—which the end of the Cold War was supposed to have brought to the defense budget (and the bottom line of defense contractors)— were buried for good.

By 2011, according to Brown University’s Costs of War Project, the total cost for post-9/11 Homeland Security had already reached $649 billion and annual spending since then is running at about $70 billion a year.

At that rate, the price tag for the entire post 9/11 Homeland Security domestic undertaking is only a year or two away from reaching a trillion dollars. So what’s the return been on that investment? …