In affidavits, GOP canvass board members claim they were bullied and say there are too many irregularities in Detroit vote to justify accepting election results. 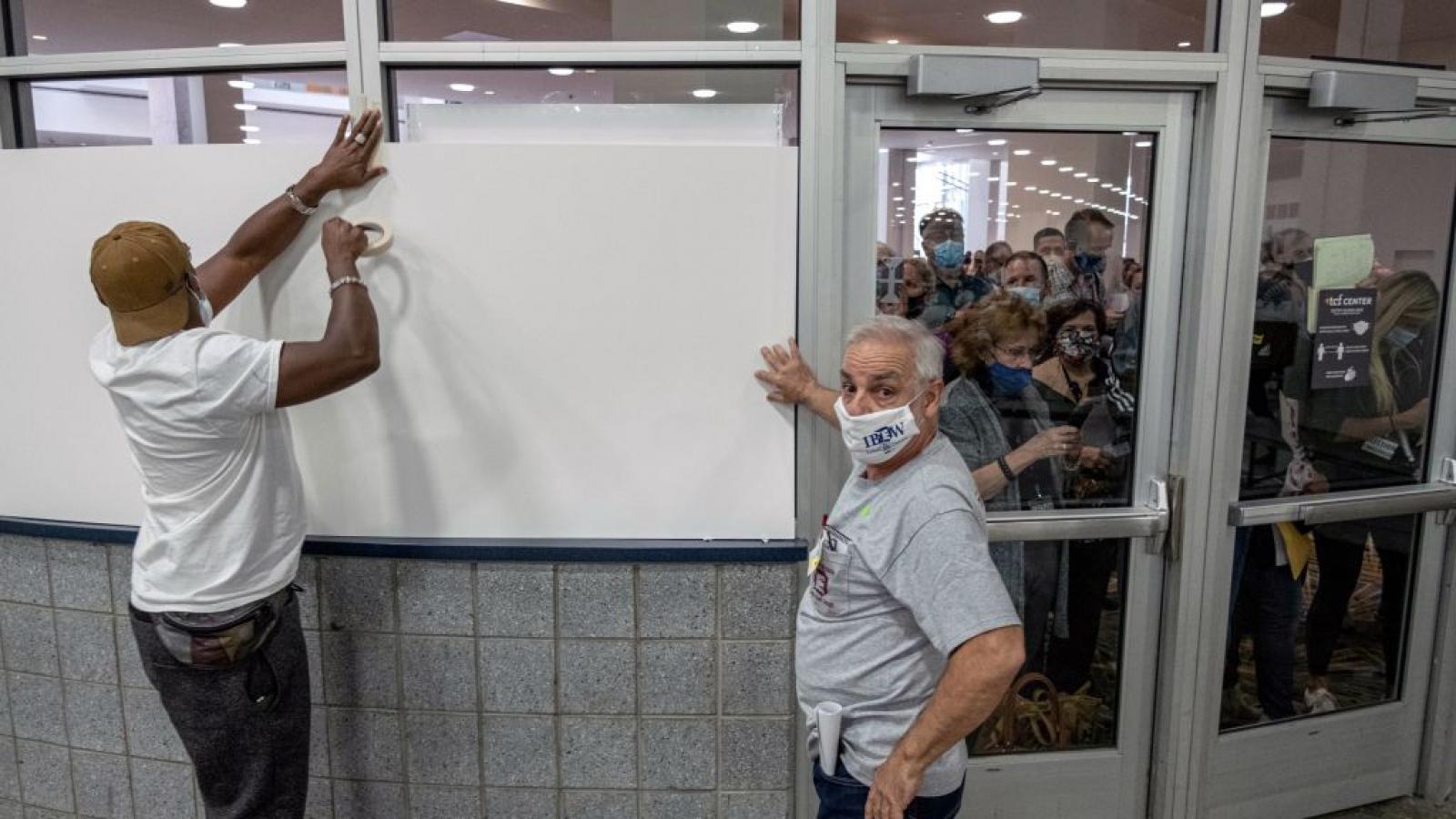 In an extraordinary turnabout that foreshadows possible legal action, the two GOP members of Wayne County’s election board signed affidavits Wednesday night alleging they were bullied and misled into approving election results in Michigan’s largest metropolis and do not believe the votes should be certified until serious irregularities in Detroit votes are resolved.

The statements by Wayne County Board of Canvassers Chairwoman Monica Palmer and fellow GOP member William C. Hartmann rescinding their votes from a day earlier threw into question anew whether Michigan’s presidential vote currently favoring Democrat Joe Biden will be certified. They also signaled a possible legal confrontation ahead.

“I voted not to certify, and I still believe this vote should not be certified,” Hartmann said in his affidavits. “Until these questions are addressed, I remain opposed to certification of the Wayne County results.”

Added Palmer in her affidavit: “I rescind my prior vote to certify Wayne County elections.”

Both GOP board members said their concerns included discrepancies in nearly three quarters of Detroit’s precinct poll books where ballots are supposed to be matched to qualified voters.

“The Wayne County election had serious process flaws which deserve investigation. I continue to ask for information to assure Wayne County voters that these elections were conducted fairly and accurately. Despite repeated requests I have not received the requisite information and believe an additional 10 days of canvas by the State Board of canvassers will help provide the information necessary,” Palmer explained.

Their pronouncements come just 24 hours after a chaotic meeting in which the county’s election board initially failed to certify the Nov. 3 election results during a 2-2 deadlocked vote when both Palmer and Hartmann voted against certification. But after hours of contentious public comment and criticism — including Democratic allegations of racism and threats against their safety — the two GOP members struck a deal to certify the elections in return for a promise of a thorough audit.

Palmer and Hartmann said Wednesday they learned that state officials had reneged or would not honor the audit, leaving them no recourse but to oppose certification until more investigation could be performed.

It was not immediately unclear whether the Tuesday night compromise was binding or could be changed, or whether the two members’ decision to announce their rescinded votes would stop Michigan state officials from proceeding to name electors.

But both GOP board members said in the affidavits they felt misled and unduly pressured to change their positions the night earlier.

“The comments made accusations of racism and threatened me and members of my family,” Palmer said in her affidavit….

“…if females can be induced to believe that their sufferings will be diminished, or shortened, and their lives and those of their offspring, be safer in the hands of the profession; there will be no further difficulty in establishing the universal practice of obstetrics. all the prejudices of the most ignorant and nervous female, all the innate and acquired feeling of delicacy so characteristic of the sex, will afford no obstacle to the employment of male practitioners.” -– Dr. Hugh L. Hodge 1838