In a tell-all interview with Glen Greenwald from Mexico, ousted Bolivian President Evo Morales recounted the US’ heavy hand in fomenting a coup in his country and the reasons behind it.

Ousted Bolivian President Evo Morales did not hold back on his criticism of U.S. empire in an interview with Intercept co-founder Glenn Greenwald in Mexico. Morales was overthrown last month in a U.S.-backed coup that has left dozens dead and a country in upheaval. While faces in the White House may change, the same imperialist policies remain in place, Morales explained. Between Obama, Bush and Trump, he said:

I doubt that there are differences between them. Maybe in their form, but at the end of the day, there are no differences between them. They all speak of peace, but none speak of social justice or the independence of states, the dignity or identity of the people…so, as far as I see, democracy in America deceives its people into voting but neither the people nor the government rule, it is the transnational corporations who govern, whether it’s the Democrats or Republicans.”

The longtime democratically elected president of Bolivia claimed that he was under pressure from the U.S. from day one of his presidency to put Washington and American corporations before his people. The U.S. Ambassador immediately instructed him that his country could not have any relations with Iran or neighboring states Cuba and Venezuela. “We are not a colony of the United States!” Morales told Greenwald. The calm and affable president, wearing a humble local jacket, told him that one former head of state warned him to “watch out for the U.S.” joking that there are no coups in America because there are no American embassies there.

“The US would take me to Guantanamo”

The exiled president revealed that there had been multiple attempts to capture him in the weeks of violence that preceded the November 11 coup d’état. He said that members of his security team had been offered $50,000 each to betray him and that, multiple times, his presidential plane had been diverted by the military in an attempt to take him to an air force base where he could be detained. Many of the country’s military, including the leaders of the November coup, had received training at the infamous School of the Americas at Fort Benning, GA, a U.S. military institution that has trained tens of thousands of Latin America’s most notorious torturers. However, each time he had been able to contact his supporters, who came out in their thousands, storming the runway to prevent him from being captured. Morales and Vice-President Alvaro Garcia Linera eventually decided to resign to prevent more bloodshed. Their allies had had their houses burned down and been kidnapped, tortured or threatened by the police, military and right-wing paramilitaries. “Without the police, without the armed forces and with a mobilized right-wing,” he told Greenwald, there could have been no coup. His children have fled to Argentina and other government officials remain trapped inside the Mexican Embassy in La Paz.

The progressive president of Mexico, Andres Manuel Lopez Obrador, sent an aircraft to rescue him from the coup. Morales revealed that the Trump administration also sent a plane to pick him up, but he knew far better than to board it. “They’d take me to Guantanamo!” he exclaimed, pronouncing that there is a “new Operation Condor” afoot in Latin America, referencing Henry Kissinger’s successful strategy of overthrowing Latin American democracies (including Bolivia) and replacing them with fascist dictatorships. Since 2009, multiple elected heads of state have been deposed with U.S. backing, including in Honduras, Paraguay and Brazil.

Morales pointed to the role of big business and his decision to sign deals with China and Europe to sell them his country’s prized resource, lithium. Lithium is an expensive metal crucial in the production of a myriad of electronics.

“This is not just an internal coup d’état; orchestrated by the Bolivian oligarchy, some members of the armed forces and the police. It is also an external conspiracy. My crime, my sin, is to be an Indian. And secondly, to have nationalized our natural resources and removed international corporations from the hydrocarbon sector and mining. But also that I reduced extreme poverty with social programs. Transnational corporations are behind this coup, as is the United States too, because of the lithium issue.”…

A couple who refused to have their children vaccinated against polio, diphtheria and tetanus have appeared before a court in France on Thursday accused of mistreating their infants.

After listening to their case, the magistrate decided to refer it to the highest legal authority in France, the cour de cassation, to decide whether parents’ right to refuse inoculations is a constitutional issue.

Samia Larère and her husband Marc, who argued that the obligatory inoculations may do more harm than good, risk two years in prison and a €30,000 (£19,000) fine for not arranging for their infants, aged three and 15 months, to have the jabs.

Their case has sparked a national debate on France’s strict laws on vaccines….

I used to think that “tax-ivists” were all just selfish about sharing the wealth with the less fortunate. But it shouldn’t be surprising that over time, governments will adapt to “elastic” funding supplies (where the “cost” of procurement isn’t much affected by the demand for it) by increasing government spending.    The cost elasticity of taxation is very large.    People will usually pay what they’re told to pay to avoid going to jail.   Given that self organized systems tend to grow until constrained by their environment, this is a recipe for mass impoverishment to the benefit of government spending, ultimately leading to political upheaval.   This is not an ideological left/right issue, it’s just common sense.    The founders knew this 200 years ago.

The federal reserve system is a great way to increase taxation elasticity and supply by camouflaging taxation as inflation.   The resultant tax elasticity is practically infinite.  The romans learned this technique and its pitfalls thousands of years ago, near the end of their empire.

It should not be necessary to point out the effect the “fed” has had on the government’s propensity to wage war for the sake of waging war, as just another way to increase cash flow and support its corporate ecosystem.   This is the nature of self-organizing entities.    Sometimes such processes are called “corruption”.   We are now in the absurd situation where the government itself manufactures the “need” for war.   (e.g. the 9/11 false flag)

The federal reserve is the very embodiment of genocide itself.   They are the true masters of war.

A gold standard is a peace standard.   Of course adopting a fair gold standard would require mass restitution of gold from those who have stolen it, which is a whole ‘nother can of worms.  http://thoughtcrimeradio.net/2017/09/treasury-secretary-seeks-to-reassure-everyone-about-ft-knox-gold/  But we have alternatives: cryptocurrency or government issued fiat currency under instantaneous and popular monitoring and control.   Managing the money supply is not rocket science, especially in this day and age.  http://thoughtcrimeradio.net/2018/12/how-kucinichs-need-act-could-save-the-usa-and-the-world/

BTW: during this country’s most prosperous era (before the creation of the “fed”) there was no federal personal income tax.   Zero.  Think of the impact on productivity and the national psyche if the people fully benefited from their own labor.   Think of the economic impact if there was no systemic “debt” associated with money creation.    The reduction in poverty might well outweigh all the federal anti-poverty programs combined.   The dollar might even become worthy of its reserve currency status.

Finally, think of the impact on the emerging police state if there was no funding available to enforce the reign of the monetary scam artists who have looted us to near penury.

“An unlimited power to tax involves, necessarily, a power to destroy,”  — Daniel Webster (1819)

Still think you were taught history in school? 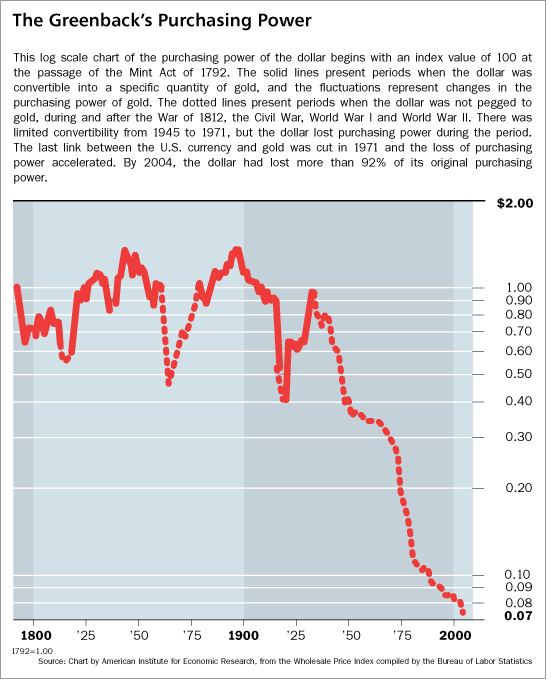 Of course the system is not content with the inflation tax alone.   This is a malignancy self organized on a substrate of public ignorance about the nature of money and banking, and malignancies tend to be fatal.

Tax his land, Tax his bed, Tax the table,

At which he’s fed.

Tax his tractor, Tax his mule, Teach him taxes

Tax his work, Tax his pay, He works for peanuts anyway!

Tax his cow, Tax his goat, Tax his pants,

Tax his ties, Tax his shirt, Tax his work,

Tax his tobacco, Tax his drink, Tax him if he

Tax his cigars, Tax his beers, If he cries Tax his tears.

Tax his car, Tax his gas, Find other ways

To tax his ass.

Tax all he has Then let him know

That you won’t be done Till he has no dough.

When he screams and hollers; Then tax him some more, Tax him till He’s good and sore.

Then tax his coffin, Tax his grave, Tax the sod in Which he’s laid…

Put these words Upon his tomb, Taxes drove me to my doom…’

When he’s gone, Do not relax, Its time to apply The inheritance tax.

STILL THINK THIS IS FUNNY?

Not one of these taxes existed 100 years ago, & our nation was the most prosperous in the world.

We had absolutely no national debt, had the largest middle class in the world, and Mom stayed home to raise the kids.

What in the heck happened? Can you spell ‘politicians?’

Fox Fired Glenn Beck After He Exposed the Federal Reserve

Censored: Ben Franklin on the Real Cause of the American Revolution

The illusion of freedom will continue as long as it is profitable to continue the illusion. At the point where the illusion becomes too expensive to maintain, they will just take down the scenery, they will pull back the curtains, they will move the tables and chairs out of the way, and you will see the brick wall at the back of the theater. — Frank Zappa