Ross Ulbricht didn’t realize that each and every human transaction must be monitored for auditing, taxing and possible prosecution by our authority figures.   With the IOT, infinite archiving and the outlawing of real encryption, the surveillance dragnet will be extended to virtually all realms of human interaction and for all time.  For  your own safety.

He apparently didn’t even know that only the CIA and DEA are allowed to traffic drugs with impunity http://thoughtcrimeradio.net/2017/05/the-cia-and-the-crack-cocaine-epidemic/ .   But public education,  the media and the universities all teach that we live in a free society under the rule of law.   He was only 26, can he be blamed for believing them?

The only reason they haven’t democided most of the american population is that they needed us for their empire games and economic production.    But those days are over.   China is the new USA (without the bill of rights) under the globalist agenda http://thoughtcrimeradio.net/2014/11/corbett-china-and-the-new-world-order/ .    Trump’s election only delayed their plans.   Trump is no saint of course, but he’s a nationalist.   Under nationalism, each country’s elite classes are dependent on their respective pool of peasants as outlined above.  Under globalism nearly everyone is expendable, and those that aren’t have no place to escape to and so must cooperate.

See if you can find a reference to Trump’s “racism” independent of his immigration agenda.   I can’t.   The reason is that the genocidal media’s propaganda isn’t about racism, it’s about the elimination of the US border, one more step toward the imposition of the shock doctrine and the USA’s ultimate fate as a source of blood for the vampires (speaking mostly figuratively, of course http://thoughtcrimeradio.net/2018/08/satangate-jennifer-guskin-on-john-mccain/ ).

Anyway, all this is a very long winded way of saying that Ross stumbled over a glitch in the matrix where commonly available technology opened a window onto an alternative society where the gangsters are not yet in control, and forced them to reveal their true nature as they brick over the window.    We are all free unless we try to leave the cell.

“The illusion of freedom will continue as long as it’s profitable to continue the illusion. At the point where the illusion becomes too expensive to maintain, they will just take down the scenery, they will pull back the curtains, they will move the tables and chairs out of the way and you will see the brick wall at the back of the theater.”  — Frank Zappa

Ross Ulbricht, a young, peaceful first-time offender, is serving a double life sentence without parole, plus 40 years, for all non-violent charges associated with creating the Silk Road website. An Eagle Scout and scholarship student, he was a 26-year-old idealistic libertarian—passionate about free markets and privacy—when he made the site. Ross was never prosecuted for causing harm or bodily injury and no victim was named at trial. This is a sentence that shocks the conscience.

Ross has expressed heartfelt remorse for creating Silk Road and accepts responsibility for the mistake he made. Although he never intended harm, he has learned how even well-meaning and idealistic actions can have unintended consequences. Now much wiser and more mature, Ross has vowed that, should he be released, he would never come close to breaking the law again. 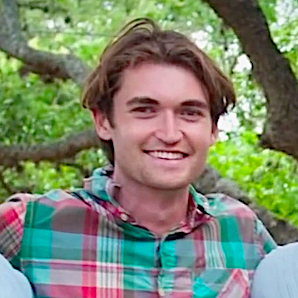 Silk Road was an online marketplace similar to eBay, that emphasized privacy and used Bitcoin as the means of exchange. Based on the non-aggression principle, it allowed people to voluntarily buy and sell what they chose, as long as no third party was harmed. Consequently, the site prohibited child pornography, violent services, stolen property, and generally anything used to harm or defraud others. Items exchanged included books, art, clothing, and electronics. However, other vendors realized that the site’s anonymity made it an attractive platform for selling illegal drugs (most commonly small amounts of marijuana, as shown by a Carnegie Mellon University study). Ross was not accused of selling drugs or illegal items himself, nor did he launder money or hack computers, but was held responsible for what others sold on the site.

The entire case that led to Ross’s egregious sentence—from the investigation to the trial to the sentencing—was riddled with corruption, prosecutorial and judicial misconduct, and constitutional violations. In the course of arriving at the conviction and sentence, Ross’s rights were violated numerous times.

Both the prosecution and the much of the media smeared Ross with unprosecuted, false allegations of planning violence that never occurred, were never ruled on by a jury and were ultimately dismissed with prejudice. His case was tainted by corrupt agents now in prison, warrantless spying and lies under oath by the FBI and AUSA, proven evidence tampering, preclusion of exculpatory evidence, and much more….

Of all the enemies to public liberty war is, perhaps, the most to be dreaded because it comprises and develops the germ of every other. War is the parent of armies; from these proceed debts and taxes. And armies, and debts, and taxes are the known instruments for bringing the many under the domination of the few. In war, too, the discretionary power of the Executive is extended. Its influence in dealing out offices, honors, and emoluments is multiplied; and all the means of seducing the minds, are added to those of subduing the force of the people. The same malignant aspect in republicanism may be traced in the inequality of fortunes, and the opportunities of fraud, growing out of a state of war . . . and in the degeneracy of manners and morals, engendered by both. No nation could preserve its freedom in the midst of continual warfare.