And of course child refugees from the USA’s death squad regimes in central america are a major tributary. Children are the currency of the new global order.

In 2016, Sen. Rob Portman (R-Ohio) published a six-month investigation looking at 125,000 unaccompanied minors who had crossed the U.S. borders into the United States since 2011, reportedly fleeing violence and unrest in Guatemala, Honduras and El Salvador.

This U.S. Senate report concluded that the Office of Refugee Resettlement, an agency of the Department of Health and Human Services (HHS), had failed to protect these children from human trafficking, leaving them vulnerable to abuses at the hands of government-approved caretakers.

U.S. law requires HHS to ensure that unaccompanied alien children (UAC) are protected from human trafficking and other forms of abuse, but Sen. Portman’s report made it clear that this was not happening, and that the U.S. had become a popular destination for child sex trafficking, increasing dramatically since 2014 under the Obama administration:

Since 2014, the United States has experienced a large increase of unaccompanied alien children from Central America at the southern border. The number of UACs apprehended increased from approximately 8,000 in Fiscal Year (FY) 2008 to almost 69,000 in FY2014 and 39,970 in FY2015.

The causes of the surge of UACs are disputed, but all stakeholders, including HHS, agree that one reason UACs come to this country is that they are ‘brought into the United States by human trafficking rings.’

According to the State Department’s 2015 Trafficking in Persons Report, ‘[t]he United States is a source, transit, and destination country for men, women, transgender individuals, and children—both U.S. citizens and foreign nationals—subjected to sex trafficking and forced labor.’ (Source.)

There has been a lot of criticism in recent weeks about children allegedly being separated from their families when coming across the border.

However, Senator Portman’s 2016 report clearly shows that most of these children coming across the border are unaccompanied and being trafficked, with the vast majority of them not accompanied by family members.

The report shows that even some of those released to family members end up being trafficked:

HHS’s process for verifying the alleged relationship between a UAC and an individual other than a parent, guardian, or close family member is unreliable and vulnerable to abuse.

In general, HHS accepts the alleged relationship between a Category 3 sponsor and a UAC (e.g., “neighbor from home country”) if a person claiming to be the child’s family member corroborates it.

In a number of cases, however, parents who consented to the placement of their children with certain sponsors were also complicit in the child’s smuggling.

In the Marion cases, for example, several victims’ family members attested to the asserted relationship, but there was a reason: The human traffickers held the deeds to some of the families’ homes as collateral for the child’s journey to the United States.

The sooner the child was released from HHS custody, the sooner they could begin working to repay the debt. Other cases revealed that parents have deceived HHS by claiming that a relationship existed between the sponsor and the UAC when it did not. (Source.)

As informative as Senator Portman’s 2016 Congressional report was revealing how the U.S. is a top destination for child trafficking, to understand the full scope of the problem today, we need to look at the main problem within our borders that allows this pedophilia market to exist.

In one of the first public interviews revealing the depth of the problem of child trafficking within government child social services programs, Tammi Stefano of the National Safe Child show, was interviewed by film producer, Sean Stone, where she stated that the child and human trafficking business currently operating in the United States brings in more money than the illegal drug trade and illegal arms trade combined.

Stefano was also one of the first to publicly expose that known child abusers were routinely being approved as foster parents, which allows child sex trafficking to continue in the U.S. She reported how the Los Angeles Times published an article exposing how 1000 “convicted sex offenders” had been given a “green light” by CPS to become “approved foster parents” just in Los Angeles County.

Today, in 2018, more of this practice of approving sex offenders and pedophiles to become foster parents, to meet the demand of the lucrative child sex trafficking business, is coming to light.

Earlier this year, Attorney Michael Dolce, from the law-firm Cohen Milstein, wrote an opinion piece published by Newsweek stating that the nation’s foster care system is set up to sexually traffic children.

Dolce, who speaks from experience, from representing children abused in foster care, stated:

Here’s the ugly truth: most Americans who are victims of sex trafficking come from our nation’s own foster care system. It’s a deeply broken system that leaves thousands vulnerable to pimps as children and grooms them for the illegal sex trade as young adults.

We have failed our children by not fixing the systemic failures that have allowed this to happen for decades. (Source.) 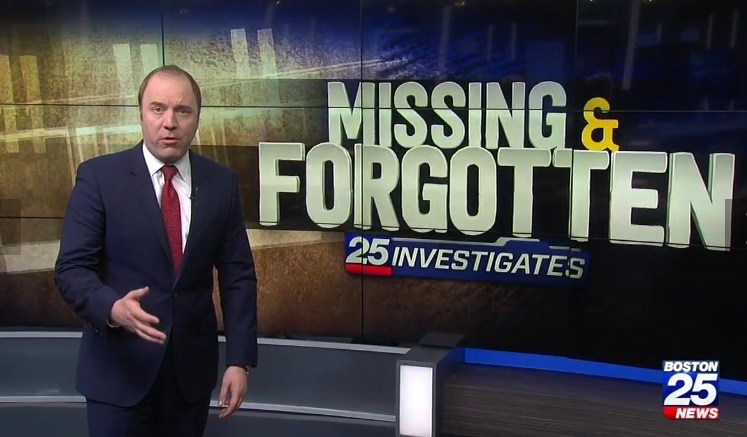 Sex traffickers are selling foster kids on the weekends, 25 Investigates has uncovered.

Investigative Reporter Eric Rasmussen found cases of kids in foster care pimped out on Friday, Saturday and Sunday and then returned to their taxpayer-funded group homes on Monday.

Records obtained by 25 Investigates reveal a female staff member working with foster kids at the Eliot Atlantic House in Saugus is suspected of convincing a then 16-year-old girl at the group home to sell herself for sex on the weekends.

That staff member told the foster child she “had a way they could make money together,” according to the report obtained by 25 Investigates.

The girl told investigators the staff member took her to Worcester three times and once to Boston “to have sex with unknown men for money” on the weekends. (Source.)

Boston 25 spent a year investigating this issue, and they found that the problem of foster care children gone missing and pimped into child sex trafficking rings happens throughout the U.S., not just in Boston. (Story here.)

The man, Miguel Briseno, had, at various times, taken care of up to 12 girls at one time, and a total of 180 girls had passed through his care according to a report by San Antonio Express-News.

“It’s not a question about whether there are more, it’s just about how many.”

“Those girls were taken from some environment and then you have some jackass like him abusing these girls that already have troubles,” Brown said.

Texas, like many states, has an ongoing federal lawsuit against them for allowing foster children to be abused and sexually trafficked.

U.S. District Judge Janis Graham Jack ruled against the State of Texas in December of 2015, stating that the foster care system named in the lawsuit was unconstitutional, and in her 255 page ruling, Judge Jack stated:

Texas’s PMC (Permanent Managing Conservatorship) children have been shuttled throughout a system where rape, abuse, psychotropic medication, and instability are the norm. (Source.)

The Texas Tribune ran a series of articles in 2017, highlighting the problems of child sex trafficking in Texas:

Eighty-six percent of runaway children in the United States suspected of being forced into sex work came from the child welfare system, according to a 2016 analysis of cases reported to the National Center on Missing and Exploited Children.

Of the 79,000 child sex trafficking victims estimated to be in the state, the vast majority were in foster care or had previous contact with Child Protective Services, according to a recent University of Texas study….