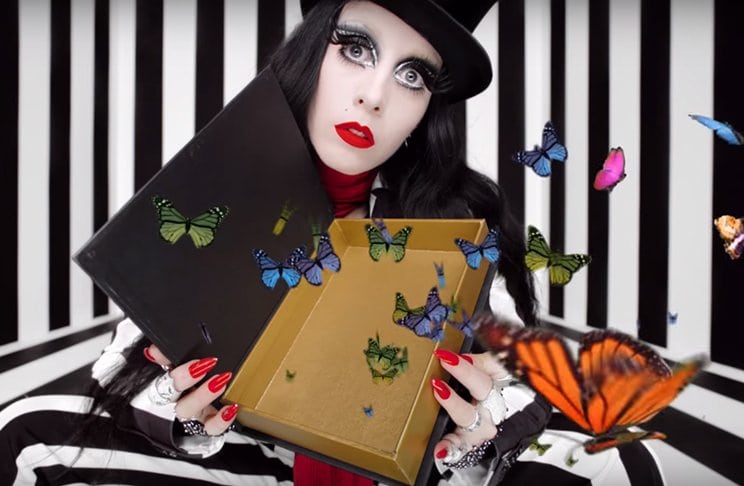 Simply by looking at the image at the top of this article, most readers VC probably identified the clear, unmistakable reference to Monarch programming. And there is much more. But the people at Ikea could not expect anything else by hiring Bea Akerlund. Indeed, she and her husband – influential video director Jonas Akerlund – have been shaping pop culture and infusing it with the elite’s imagery for years. And that is not an overstatement.

The work of Bea Akerlund is everywhere and has been featured several times on The Vigilant Citizen. She worked Lady Gaga’s Paparazzi, Britanny Spears’ Hold it Against Me and Work B*tch, Beyoncé’s Lemonade and countless others – often with her husband Jonas Akerlund acting as the video director. Bea is also behind Madonna’s very occult 2012 Superbowl performance.

Each article linked above provides tons of examples of the Akerlund’s focus on occult-elite, MKULTRA symbolism. However, it is with lesser known acts that the true, unfiltered spirit of the Akerlunds shines through.

Wow, that rock band really looks like they’re having lots of fun.  Makes me want to go out and … puke.

Satanism is a culture of enslavement.  Its practitioners have given up on life and embraced their own destruction.   In another time such unfortunates would be found in back alleys drinking themselves to death.  These days they’re glorified and supplied with every mind controlling psych drug science has to offer.  Enslavement is marketed as rebellion.

It’s naive to think this is a spontaneous creation of human imagination and musical talent.  Money determines which musical groups get access and which are discarded.   There are zillions of excellent musicians out there singing about empowering themes like love and joy.   The social control purpose of the current synthetically imposed pop culture is hard to miss.   Parents really need to recognize that their kids are being targeted by every conceivable means starting at conception.

“Within a month of first arriving in Uzbekistan, we got detailed photos of a guy who had been literally boiled alive at one of the big prison camps. He had been alive when placed in the boiling liquid. That sort of thing makes you realize what it really means when people talk of torture.
“There is no doubt that the CIA were actually colluding in such torture & to a large extent financing it. Hundreds of millions of American taxpayer dollars were put into the Uzbek security services & the CIA was getting their so-called intelligence from those torture sessions.”
“In virtually every case, they were making them confess to membership in Al Qaeda & to the existence of widespread terror plots to attack Western countries. I am 99% certain that every one of these stories was untrue. Often I could show the information was wrong.
“But the object was to exaggerate the threat posed by Al Qaeda because that was the justification for our foreign policy, for all our invasions, & for all the restrictions on civil liberties at home. The security services required a strong terrorist threat in order to justify their actions. By sending people to be tortured, they were manufacturing the false existence of a terrorist threat.” — ex-U.K. Ambassador to Uzbekistan Craig Murray, turned human rights whistleblower.