The U.S. Federal government has admitted IN WRITING that CANNABIS KILLS CANCER! This admission is as shocking as it is exciting although it does not come without caveats.

The National Institute on Drug Abuse (NIDA), is a federally funded research institution; in their recently updated (June 2015) article Drug Facts: Is Marijuana Medicine? NIDA had this to say:

“Recent animal studies have shown that marijuana extracts may help kill certain cancer cells and reduce the size of others. Evidence from one cell culture study suggests that purified extracts from whole-plant marijuana can slow the growth of cancer cells from one of the most serious types of brain tumors. Research in mice showed that treatment with purified extracts of THC and CBD, when used with radiation, increased the cancer-killing effects of the radiation” 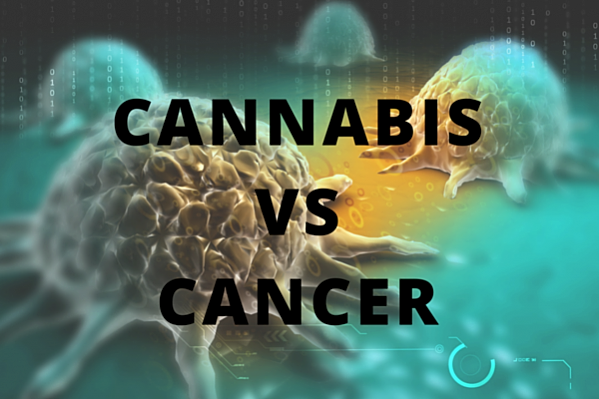 By training, I am a plant biologist. In the early 1990s I was busy making genetically modified plants (often called GMOs for Genetically Modified Organisms) as part of the research that led to my PhD. Into these plants we were putting DNA from various foreign organisms, such as viruses and bacteria.

I wasn’t, at the outset, concerned about the possible effects of GM plants on human health or the environment. One reason for this lack of concern was that I was still a very young scientist, feeling my way in the complex world of biology and of scientific research. Another reason was that we hardly imagined that GMOs like ours would be grown or eaten. So far as I was concerned, all GMOs were for research purposes only.

Gradually, however, it became clear that certain companies thought differently. Some of my older colleagues shared their skepticism with me that commercial interests were running far ahead of scientific knowledge. I listened carefully and I didn’t disagree. Today, over twenty years later, GMO crops, especially soybeans, corn, papaya, canola and cotton, are commercially grown in numerous parts of the world.

Depending on which country you live in, GMOs may be unlabeled and therefore unknowingly abundant in your diet. Processed foods are likely to contain ingredients from GMO crops, such as corn and soy. Most crops, however are still non-GMO, including rice, wheat, barley, oats, tomatoes, grapes, beans, etc. For meat eaters the mode of GMO consumption is different. There are no GMO animals used in farming (although GM salmon has been pending FDA approval since 1993); however, animal feed, especially in factory farms, is likely to be mostly GMO corn and GMO soybeans. In this case, the labeling issue and potential impacts are complicated even further.

I now believe, as a much more experienced scientist, that GMO crops still run far ahead of our understanding of their risks…

Downing Street has refused to comment on extraordinary allegations made in a new book that David Cameron performed an obscene act with a dead pig and smoked cannabis while he was at Oxford University.

Lord Ashcroft, the former deputy chairman of the Conservative Party and a prolific donor, reported the claims in Call Me Dave: The Unauthorised Biography.

It comes during a continuing feud between the pair, who are said to have fallen out after Lord Ashcroft was passed over for a leading role in the Coalition Government.

The book accuses David Cameron of being part of a debauched group called the Piers Gaveston Society, as well as the infamous Bullingdon Club, during his time at Oxford.

Lord Ashcroft and the book’s co-author, Isabel Oakeshott, the former Sunday Times political editor, wrote that an unnamed “distinguished Oxford contemporary”, who is now an MP, recalled how Mr Cameron took part in an “outrageous” initiation ceremony at a Piers Gaveston event.

“His extraordinary suggestion is that the future PM inserted a private part of his anatomy into the animal’s mouth,” an excerpt published by the Daily Mail claimed.

Lord Ashcroft wrote that the man made the same allegation three times, with increasing detail, and claimed a photograph existed of the act. …

Of COURSE there would be a photo, that’s how the power elite functions.  Murder, pedophilia, necrophilia, pretty much anything that would horrify normal people is precisely what the insiders have to do to gain entry to the corridors of power.   The price is control by those already on the inside.   No wonder we’re headed for catastrophe.

Have you heard of NAMBLA?  NAMBLA is the “North American Man/Boy Love Association”. It is a movement that is attempting to ride the tails of the gay marriage movement, to abolish age-of-consent laws criminalizing adult sexual involvement with minors. It also campaigns for the release of men who have been jailed for sexual contacts with minors. NAMBLA wants to legalize pedophilia.

Alex certainly has a way with words. He forgot, though, to mention the premature sexualization of children through circumcision… yes, Virginia, they work on an erect baby penis when they cut off the foreskin.

Alex Jones goes off on the globalists and their disgusting plan to sexualize and destroy your children.

I have some good friends who are obstetricians outside the military, and they look at a foreskin and almost see a $125 price tag on it. Each one is that much money. Heck, if you do 10 a week, that’s over $1,000 a week, and they don’t take that much time.