No More Federal than Federal Express

As we’ve reported for over 4 years, the Federal Reserve banks are private, not government agencies.

Indeed, the government admitted 86 years ago that the Fed banks are private. And the Fed has repeatedlyreaffirmed this fact.

As Matt Stoller points out, they have just done so again … in the AIG trial. Specifically, government lawyers said: 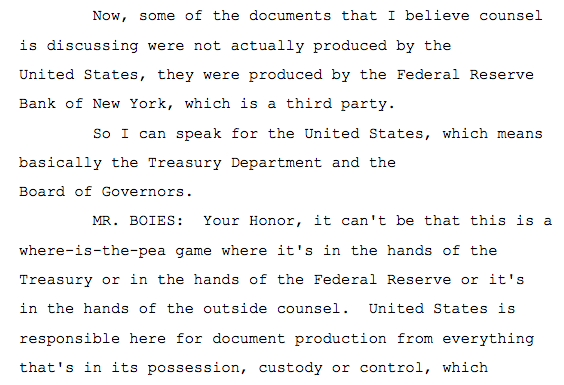