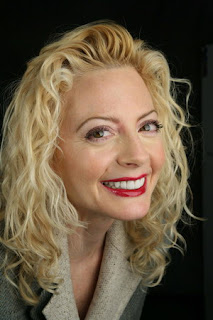 Veronica is the author of “Veronica Monet’s Sex Secrets of Escorts: Tips from a Pro” is a certified sex educator, lecturer, and contributor to a variety of magazines and book projects concerning the sex- positive life, safe sex, women’s empowerment, and the rights of sex workers, she has appeared on CNN, A&E, ABC’s 20/20, FOX News, Playboy Entertainment, and Bill Maher’s Politically Incorrect, as well as dozens of radio talk programs, both local and syndicated.

You can listen to her weekly radio show on BBS Radio.
http://www.bbsradio.com/theshamefreezone/BBS ADULTS

Prior to the interview Janel discussed recent news related to obstetrics.
The term “Pit to Distress” is now common language and a contributor to the high, medically unnecessary cesaren sections rates in the US.

http://www.theunnecesarean.com/blog/2009/7/6/pit-to-distress-your-ticket-to-an-emergency-cesarean.html
“administering the highest possible dosage of Pitocin in order to deliberately distress the fetus” …. DISTRESS THE FETUS?!

This is child abuse and endangerment and is barbaric. This human’s brain and functioning imprinted during birth will be distress. Why/how are they allowed to do this? Morally? Legally?
Scientific?

Janel also spoke of the effort by American College of Obstetricians and Gynecologists (ACOG) in 2008 to ban vaginal birth after cesearean and to come out against midwifery, who recently posted notice to members (OB’s) to post their anecdotal stories of failed homebirths that transfered to their care in the hospital. After a massive deluge of successful homebirth stories to their site the page was made private. Social networking sites such as FaceBook, Twitter, and MySpace allowed homebirth families and advocates to spread the word about the survey. This is a link to a blog where a captured image of ACOG’s survey, now off their site, can be seen:
http://www.theunnecesarean.com/blog/2009/8/30/acog-survey-complications-related-to-home-delivery.html

I just wanted to point out two examples of how this country is being raped by the powers that be, and that the corruption which is destroying this country is systemic and pervades practically every last bastion of authority, from the catholic church to the banking sector to the medical profession.

I was at my doctors office today and picked up a time magazine from last July. I skimmed over two articles, the first stated that the relative decline of the US economy in the context of an integrated globalized marketplace is not necessarily bad news for average Americans. The problem with this, aside from the fact that the impending economic collapse was thoroughly predictable and was consciously orchestrated by the transnational banking cartel which
owns the federal reserve, (see file# 0042817 at https://sos-res.state.de.us/tin/GINameSearch.jsp ) is that the US dollar is the most widely circulated currency in the world. Exports of US debt and dollars is the hollowed out foundation of the US standard of living. We no longer have a manufacturing base worthy of a first-world country, thus we have lost much of our export market and one of the pillars of the buying power of the US dollar.

When global investors realize the depth of the economic hole our so-called leaders have dug for us, with many of our manufacturing jobs exported to other countries under a federal tax code which rewards US corporations which export these jobs, ( http://understandingtax.typepad.com/understanding_tax/2008/08/6-how-the-tax-code-subsidizes-businesses-that-move-jobs-elsewhere.html ) these investors will be lining up to cash out of dollars by the droves. Those dollars will come back to an economy which is already in a deep recession with over 20%
( http://www.shadowstats.com/alternate_data ) unemployment (over 30% in Michigan) and they have to go somewhere. The result will be massive inflation, perhaps hyperinflation.

Time magazine goes on to blame “deadbeat American households” for the financial crisis, which is the most evil kind of lie imaginable. The initial $700B bailout was more than enough to pay off the mortgages of every American household. The core of the financial crisis is the derivative speculative bubble, the credit default swaps and collateralized debt obligations which comprise the bulk of the $250trillion toxic waste ( http://www.marketwatch.com/story/the-700-trillion-elephant-room-theres?dist=SecMostRead ) hanging around the necks of the Wall Street banks which have been deemed too big to fail, the liability for which is being transferred to the
American taxpayer under the Obama administration.

Furthermore, Time magazine’s blaming of American homeowners for the credit crisis is truly an example of blaming the victim. There used to be laws in this country against predatory lending. These laws were blatantly ignored by the federal government under the bush administration, which even went so far as to actively block state government investigations into predatory lending in all 50 states using a civil-war era law which allowed the feds to pre–empt the state attorneys general. When governor Eliot Spitzer blew the whistle on bush’s malfeasance in a Washington Post Op-Ed, ( http://www.washingtonpost.com/wp-dyn/content/article/2008/02/13/AR2008021302783.html ) he was soon busted for patronizing a prostitute.

And therein lies the segway into the second time magazine article that caught my eye: the wholesale breakdown of the institution of marriage in this country. In all likelihood Spitzer is among the 75% of American men who have been circumcised (i.e. sexually and emotionally lobotomized) by American medicine under a long series of false pretexts, of which HIV is only the most recent example. Time admonishes us to take marriage seriously, as if we are collectively guilty of forgetting our genetic programming and recipe for emotional fulfillment. What they forget to point out is that we as a society have been emotionally crippled by our own medical
profession. Let me play an audio track of what American baby boys have had to put up with for over a century, something which usually occurs behind closed doors in soundproofed rooms.

Next week our guest is Marilyn Milos, RN. In 1985 Marilyn founded and is the director of the National Organization of Circumcision Information Resources Centers (NOCIRC), the first organization in the US to address the circumcision issue. Marilyn is the organizer of the Internatal Symposia on Circumcision, Genital Integrity, and Human Rights. There have been ten symposia, and Marilyn is working on the 11th one now. She is co-editor of six symposia books and she is editing the seventh book now.

Marilyn will discuss restoration of the circumcised penis and will share her most recent concern” “the agenda by white North Americans to push circumcision in Africa to prevent AIDS, a strategy that is sure to fail — but how many will suffer and/or die in the meantime — not from AIDS but from circumcision?

Marilyn was featured in Showtime’s Penn and Teller piece on circumcision embedded here.